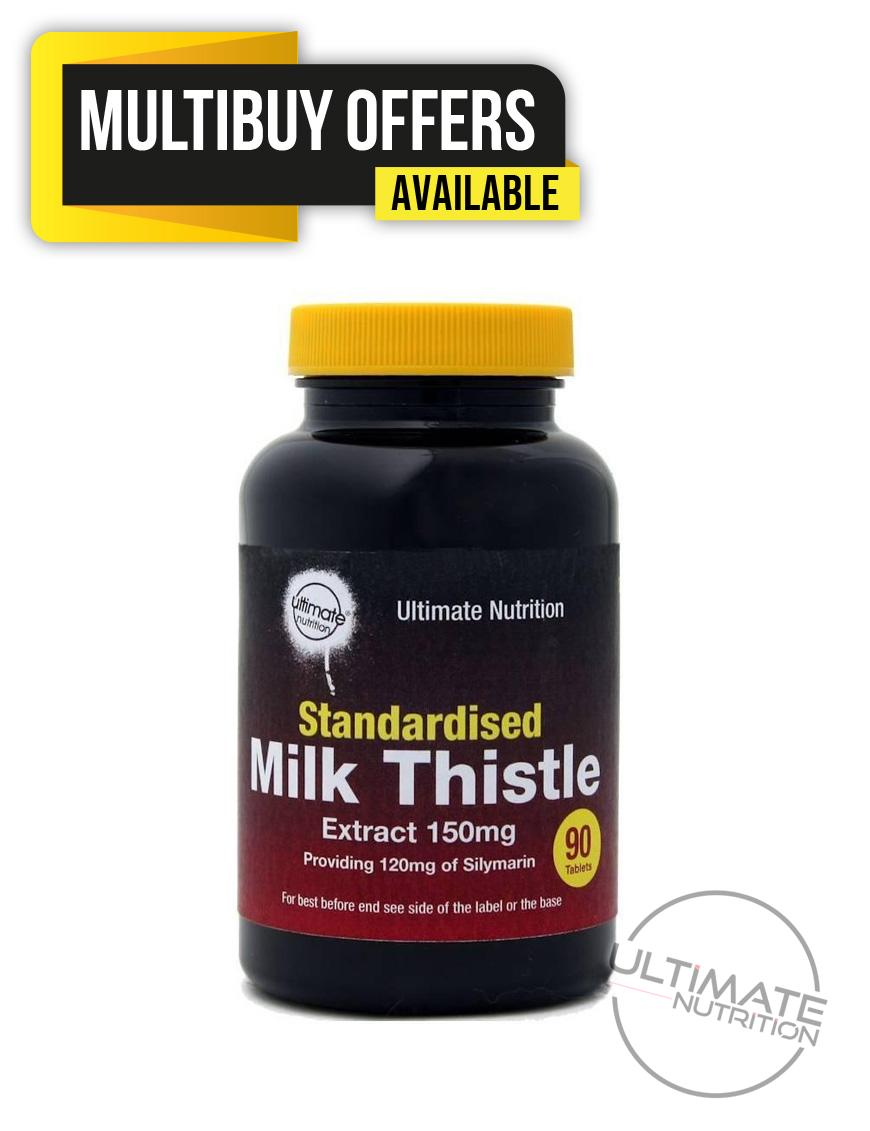 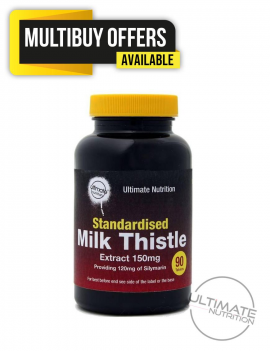 Each 150mg tablet provides 120mg of Silymarin. Milk thistle (Silybum marianum) has been used since Greco-Roman times as an herbal remedy for a variety of ailments, particularly liver problems.

In the late 19th and early 20th centuries physicians in the United States used Milk Thistle seeds to relieve congestion of the liver, spleen, and kidneys & protect the liver from damage caused by viruses, toxins, alcohol, and certain drugs such as acetaminophen (a common over the counter medication used for headaches and pain; acetaminophen, also called paracetamol, can cause liver damage if taken in large quantities or by people who drink alcohol regularly).

Many professional herbalists recommend milk thistle extract for the prevention and/or treatment of various liver disorders including viral hepatitis, fatty liver associated with long term alcohol use, and liver damage from drugs and industrial toxins such as carbon tetrachloride.

Liver disease from alcohol A comprehensive review by the U.S. Agency for Healthcare Research and Quality (AHRQ) recently identified 16 scientific studies on the use of Milk Thistle for the treatment of various forms of liver disease. A European standardized extract of milk thistle was used in most of the trials.

Five of seven studies evaluating milk thistle for alcoholic liver disease found significant improvements in liver function. Those with the mildest form of the disease appeared to improve the most. Milk thistle was less effective for those with severe liver disease such as cirrhosis. Cirrhosis is characterized by scarring and permanent, non-reversible damage to the liver. It is often referred to as end-stage liver disease.

Cancer Preliminary laboratory studies also suggest that active substances in milk thistle may have anti-cancer effects. One active substance known as silymarin has strong antioxidant properties and has been shown to inhibit the growth of human prostate, breast, and cervical cancer cells in test tubes. Further studies are needed to determine whether milk thistle is safe or effective for people with these forms of cancer.

Plant Description
Milk Thistle is native to the Mediterranean, but is now widespread throughout the world. This stout thistle usually grows in dry, sunny areas. The stem branches at the top, and reaches a height of 4 to 10 feet. The leaves are wide, with white blotches or veins. The flowers are red-purple. The small, hard-skinned fruit is brown, spotted, and shiny. Milk Thistle is easy to grow, and it matures quickly, in less than a year.

What's It Made Of?
The active ingredient, or liver-protecting compound in milk thistle is known as silymarin. This substance, which actually consists of a group of compounds called flavonolignands, helps repair liver cells damaged by alcohol and other toxic substances. Silymarin also keeps new liver cells from being destroyed by these same substances, reduces inflammation (important for people with liver inflammation or hepatitis), and has potent antioxidant effects.

Take 1-3 tablets per day with food.
IMPORTANT NOTE
NOT RECOMMENDED FOR USE DURING PREGNANCY OR WHEN BREASTFEEDING.

To be used in conjunction with a varied diet.
Keep sealed and store in a dry, cool place.
Keep out of the reach of children.
Do not use if Seal is broken.

Food supplements should not be used instead of a varied balanced diet and a healthy lifestyle.

chat Comments (0)
No customer reviews for the moment.